by Tom Allen
Find me on LinkedIn

Tech-infusion is the new normal across a myriad of global industries and aviation is no different. Industry participants are actively working to bring developments such as supersonic jets and hybrid aircrafts into commercial reality. These developments are showing to be a primary driver of M&A activity. Capturing market share and technology through acquisition and corporate venturing is a much-needed element to any aviation company looking to grow. Historically, this has been accomplished by in-house R&D and marketing, but the ballooning size and value of these deals means outside help is needed.

2017 was a record-breaking year for aviation M&A (including aerospace and defense), with a total of $72 billion spent globally, according to consulting firm PwC. This total surpassed the $67 billion spent in 2016 to make last year the highest year on record for M&A within the industry. There were a number of major deals in the industry in 2017, led by United Technologies' $30 billion takeover of Rockwell Collins and Northrop Grumman's $9.17 billion purchase of Orbital ATK. Interestingly, Rockwell Collins was also involved in the largest deal of 2016, acting as the buyer in a $8.2 billion deal for B/E Aerospace.

Large deals in Europe were also evident in 2017 – notably Safran's $7.8 billion purchase of Zodiac Aerospace and Thales' $5.39 billion deal for Gemalto. Activity is spurred undoubtedly by the fresh sense of opportunity related to the Trump administration’s call for growing defense spending and simmering geopolitical tensions. Industry leaders such as Northrop are pacing the industry with investments in enabling technology such as artificial intelligence, robotics, and cybersecurity. As Deloitte reports, the last few years included a surge in product expansion acquisitions focused on search, detection, and navigation equipment, with a majority of these deals involving targets that offered threat detection and defense products. Going forward, it is projected that communications equipment, surveillance, aviation systems and component manufacturing are well positioned to spur investment and M&A activity. 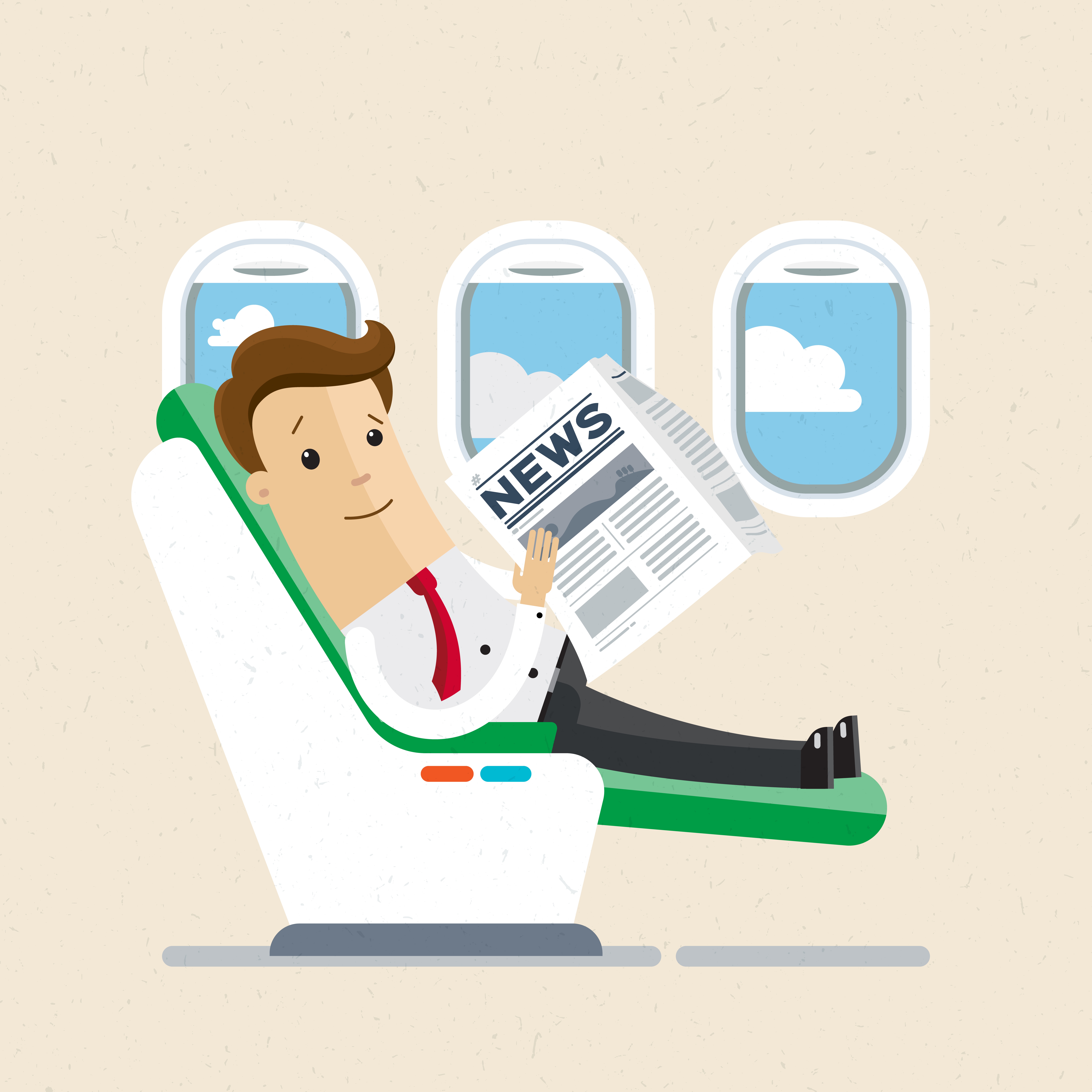 Beyond standard commercial and defense activity, the emergence of low-cost, urban air mobility is shaping up to be deal-driver within the aviation industry. The past five years have seen a clear renaissance in aviation/aerospace evolution. Early players such as SpaceX, OneWeb, and Planet kick-started the transformation with their developments in space exploration. Today, startups including Boom, Aurora, and Wright Electric are actively working to alter traditional aviation sector models with affordable supersonic flight and unmanned, robotic vehicles.

Even Uber, in its role as a transportation pioneer, is eyeing up a potential market in urban air transportation, with a recently published white paper titled, "Fast-Forwarding to a Future of On-Demand Urban Air Transportation." The company is re-imaging aviation use cases and pushing new, non-standard applications of aviation in everyday consumers’ lives. Consider the vision from Uber:

“On-demand aviation has the potential to radically improve urban mobility, giving people back time lost in their daily commutes. Uber is close to the commute pain that citizens in cities around the world feel [...]. Just as skyscrapers allowed cities to use limited land more efficiently, urban air transportation will use three-dimensional airspace to alleviate transportation congestion on the ground. A network of small, electric aircraft that take off and land vertically will enable rapid, reliable transportation between suburbs and cities and, ultimately, within cities.”

Traditional industry leaders are embracing a new future as well - a future that will certainly require M&A in order to incorporate cutting edge development. Kevin McAllister, CEO and President of Boeing Commercial Airplanes writes, "Transformation is underway across the industry [...]. We are applying the capabilities of digital technology, advanced manufacturing, and data analytics as we reimagine how commercial airplanes are designed and built. We are improving productivity and efficiency, and simplifying our culture to create a faster, more nimble organization. The result is that we are continuing to innovate and invest in new product offerings."

These disruptions within the industry have the potential to be pronounced. While barriers to entry remain relatively high, technological developments and available VC and PE capital are helping to reshape the ecosystem – requiring existing industry players to aggressively pursue new growth channels to retain market position. One of these initiatives includes Japan Airlines' $10 million investment in Boom Technologies, a Denver-based startup that wants to revive supersonic air travel by the middle of the next decade. Similarly, last November, Boeing acquired Aurora Flight Sciences, a company specializing in pilotless aircrafts, for an undisclosed sum. Joby Aviation, an aviation startup based in Santa Cruz, California, announced last month that it had raised $100 million in venture capital from organizations such as Intel, Toyota, and JetBlue Airways, for the development of an air taxi. In the United States and Europe, turbulence within the existing aviation sector is likely to mean significant changes are on the horizon in an industry ripe for a wave of M&A activity.  The European airline sector, for example, remains deeply fragmented. Four airlines – Ryanair, Lufthansa, Air France-KLM and IAG – control 40% of the market. Compare this to the United States, where four airlines – Southwest, Delta, United and American Airlines – control 80% of the market. The fragmented European market puts more pressure on companies to maximize pricing power at a time when many countries are struggling with currency devaluation. Add to the mix challenges such as fleet financing, infrastructure deficits, and rising debt, and the worldwide market is understandably looking for any semblance of competitive advantage. M&A has the potential to impact the European market so much that Ryanair CEO Michael O’Leary predicts that the continent will be left with just five major airline groups by 2022: Ryanair (of course!), Lufthansa, Air France-KLM, IAG and EasyJet.

However, industry advisor Deloitte warns, "Mergers and acquisitions (M&A) in the aerospace and defense industry are changing. While we still expect to see a high volume of transactions in the near term, the objective of many deals has shifted. Specifically, the aerospace and defense industry is moving away from mega-mergers aimed at generating cost savings and synergies towards acquisitions that deliver new products and new markets."

What Will Affect M&A Velocity?

While opportunities are real, there are also a number of pending changes impacting business and society that will likely affect M&A velocity over the next few years. First, aviation companies will be forced to re-evaluate the way in which they use technology and cooperate with other competitors. Primary drivers of this new wave of cooperation are demographic shifts, accelerating urbanization, and the rapid pace of technological change, particularly within small, funded, agile startups. Capitalizing on the technology that will change aviation cannot happen within the context of one company. Rather, joint ventures and partnerships between rivals are set to be key to incorporating available, emerging technology in the industry and unlocking value.

One example of a recently announced aviation partnership is that of Airbus and Zodiac Aerospace. These French companies have announced a partnership to develop and market lower-deck modules with passenger sleeping berths. The modules, which would fit inside the aircraft’s cargo compartments, offer new opportunities for additional services to passengers, improving their experience while enabling airlines to differentiate and add value for their commercial operations. Commenting on this, Christophe Bernardini, CEO of Zodiac Aerospace Cabin Branch says: “we are delighted to work with Airbus on this new and innovative project, which reaffirms our expertise in lower-deck solutions. An improved passenger experience is today a key element of differentiation for airlines.”

While dollars and deal volume levels have grown, the nature of aerospace industry deals is changing. Objectives are shifting and as consolidation opportunities in some of the major aviation markets have largely passed, new deal activity will be aimed at generating cost savings and focussed on acquisitions that deliver new products for new markets.